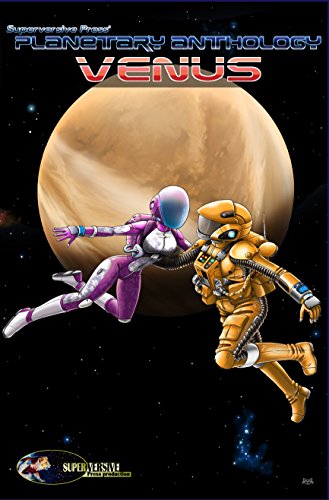 The next installment of the Planetary Anthology series – VENUS – releases on Valentine’s Day!

My short story Thirty-Seven Shades of Yellow (yes, I went there, but it’s not what you think) is only one of twenty tales you can find featured in this new release called Planetary Anthology: Venus published by Superversive Press.

TSSoY takes place in the same universe as Quicksilver (from the Mercury Anthology).

Thirty-Seven Shades of Yellow – Terraforming Venus places human pioneers in a constant struggle against a raging environment, but the real challenge is finding that special someone with whom to fight the fight.

Help make this a great launch by  grabbing your copy on Amazon.

Take a look at this awesome launch video put together by Ben Zwycky.

The second planet from the sun, a world of sulfurous gas and tremendous temperatures where the landscape features—mountains and valleys—are all named for love goddesses. Venus herself is the goddess most known for allure and romance.

Here are twenty stories featuring Venus, the planet, the goddess, or just plain love—both romantic and otherwise. Planetary Fiction explores the themes associated with these heavenly bodies as well as their astronomical, mythological, and in some cases even alchemical significance.

Included in this volume are